LADA intends to achieve the highest integrity and honesty levels in fulfilling our operation and service.

To realise the intention, LADA implements No Gift Policy and does not allow its staff to give and receive gifts, sponsorships, nor entertainments from any parties.

This principle aims to prevent conflict of interest among staff and individual or related party in compliance with No Gift Policy Order.

LADA appreciates the continuous support given by all parties and sincerely thanks everyone for complying with No Gift Policy.

The overall design of the logo is inspired by ‘Honeycomb’ pattern embodying numerous philosophies and significances, particularly in development aspect.

The combination of L.P.L. letters in the logo is extracted from ‘Lembaga Pembangunan Langkawi’ (Langkawi Development Authority) which is then stylised in a firm graphic impression, signifying the agency as the bearer and heart of Langkawi Island’s development.

The eagle and mainsail symbolise Langkawi’s freedom as a duty-free tourism island and port. The eagle also implies the assertiveness of LADA as a mobilising body in developing Langkawi Island. The traditional house denotes the preservation of traditional and natural elements despite Langkawi’s prospect of exponential growth. 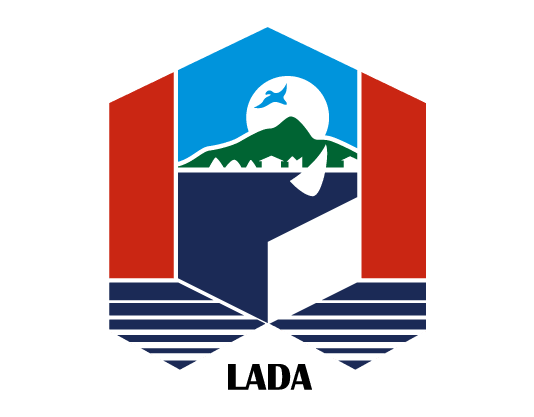